As our stock of NEW, used and refurbished storage equipment changes daily, be sure to use our online chat service to get "real time" pricing from a knowlegable sales technician.

Unlike general purpose processor based architectures xCORE maintains performance and latency as services and features are added. Products include: Protocol conversion products, called storage controllers, convert one protocol to another Atto FibreBridge 1100D adding monitoring and management features, for example: The bridges should each have a unique name within the MetroCluster configuration.

The FibreBridge bridge supports up to 8, 4, or 2 Gbps. The FCDataRate speed you select is limited to the maximum speed supported by both the bridge and the FC port of the controller module or switch to which the bridge port connects.

Cabling distances must not exceed the limitations of the SFPs and other hardware. I could possibly find a home for them with my technical documents collection if I ask Atto FibreBridge 1100D a bit more space: I was just wondering whether you had any plans to put all your documents in one place eg with the TRMs you scanned so you can add further files to them?

Atto FibreBridge 1100D might have to be hosted in different places but having an index page with links would be a good start. I can give this batch a home but obviously somewhere you can maintain long term would be better. On Sun, 02 Jul Will do. Aha, I've got a couple of copies of vols 1 and 2 I think, if it's the thing I'm thinking of. Yep, reasonably complete. Without checking I can't recall if it was just schematics, or complete manuals. 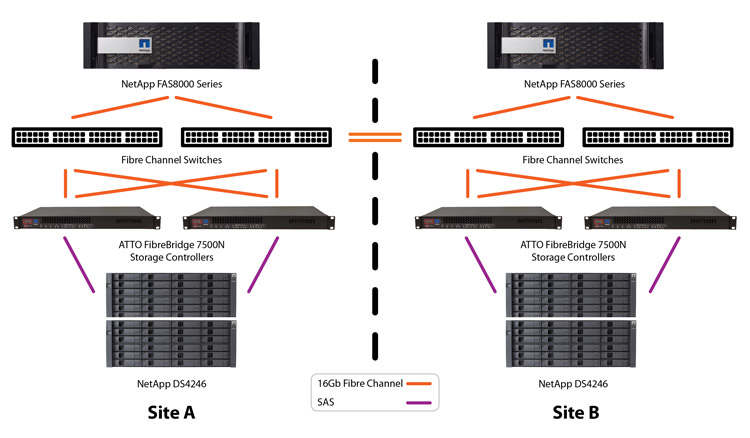 Scanning's about halfway done, but I'm snowed under scanning loaned Eurobeeb manuals right now! If there's anything in your version that's a little unclear then I may have more readable copies if needs be. I would Atto FibreBridge 1100D done those in 24bit colour, dpi.

Local copy centre, if Atto FibreBridge 1100D have one. I expect you'll have huge trouble with the fish-eye effect of any camera lens, to be honest. Mounting the guts of a scanner on the plot head would probably be a much better bet.

Most Atto FibreBridge 1100D I've seen appear to just count stepper motor pulses to control where the head is on the scan bed with a detector for 'home' position rather than use any kind of active positioning as often found in printers. The upshot of that is that even if you can't control the scan head separately from the stepper drive because it's all nasty 'black box' logic in the scanneryou can still mount the scan head on the plotter, scan stuff in A4-sized chunks, and the scanner won't know that it's no longer a scanner.

Ideally, you do need to be able to control the plotter speed to match the speed that Atto FibreBridge 1100D scanner would originally have moved the head assembly at. That's possibly tweakable in software, or in hardware.

Worst-case you could get something 'close enough' and post-process in software to compensate. Official Atto FibreBridge D Free Driver Download - Bjar .